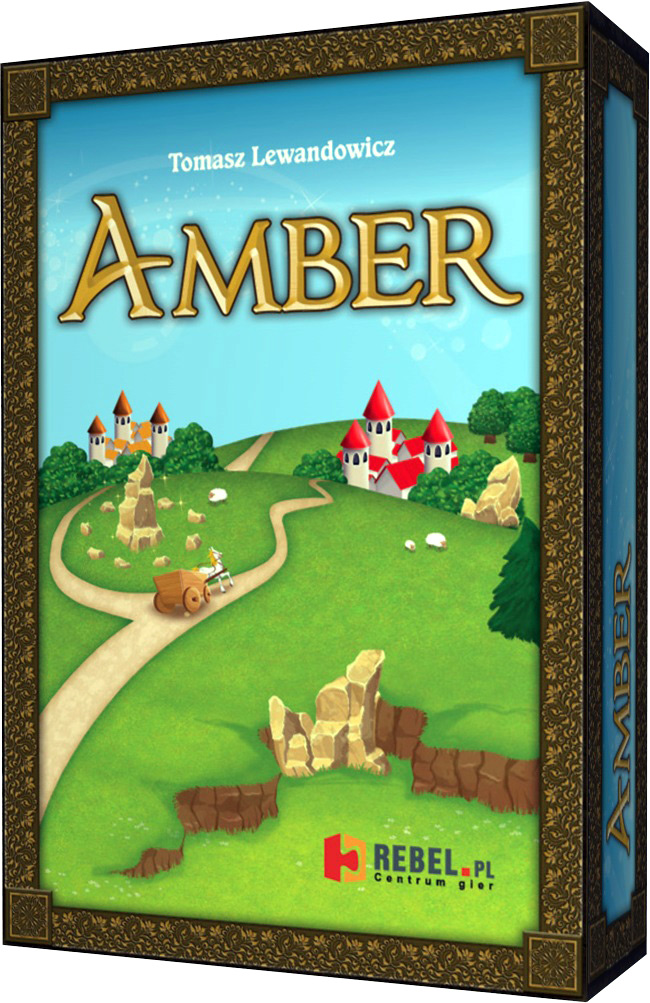 The kingdom has taken over a coastal region and given the land to new barons who quickly realized that the true wealth of this new region is amber, for which caravans come from the farthest corners of the world. Peasants from nearby villages collect amber, which is bought by merchants from distant lands. The barons know that the one who profits the most from the amber trade will become the most powerful ruler of the new lands.In Amber, players take the role of the barons, and their goal is to build trade routes which connect their castles to the villages